POET AND SCREENWRITER GARY MIRANDA was born in Bremerton, Washington and raised in the Pacific Northwest.  He has taught writing and literature at various colleges and universities, including three years as a Fulbright Lecturer at the University of Athens in Greece and, most recently, as writer-in-residence at Reed College in Portland, Oregon.

AS A POET, Gary has published poems in numerous magazines, including The New Yorker, The Atlantic Monthly, Poetry, The American Poetry Review, and elsewhere.  His poetry is widely anthologized and he has published four book-length collections, one of which—Listeners at the Breathing Place—won the Princeton Contemporary Poetry competition and was nominated by Princeton University Press for a Pulitzer Prize. He has also published a translation of Rainer Maria Rilke’s Duino Elegies.  His awards for poetry include an NEA Fellowship, nine awards from the Poetry Society of America, and an invitation by The Atlantic Monthly to serve as poet-in-residence at the Robert Frost Place in Franconia, New Hampshire.  Gary’s poems have been taped for inclusion in Harvard University’s Lamont Poetry Collection and in the Library of Congress Poetry Archive.

AS A SCREENWRITER, Gary has written seven screenplays, one of which—”The Cherokee Word for Water,” a biopic about Wilma Mankiller, first female chief of the Cherokee Nation—has been produced and won several awards. His awards for screenwriting include first place in the 2001 Venice Arts screenplay competition and in the 2002 CineStory competition.  He is represented by David Baird of Kinetic Management. 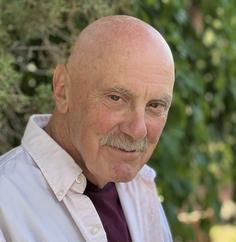 Gary has been featured as “Artist of the Month” in Image magazine. Click HERE to go to the site.

Recordings of Gary’s reading at the Wordstock Literary Festival can be found on “Oregon Poetic Voices.” Click HERE.